Fiber activities within the ECCO GROUP

In the last years ECCO has developed and continuously build up an additional business branch besides production and sales of high-performance lubricants: the production of industrial fibres made of renewable raw materials, favourably flax and hemp.

These fibers are alternatives for fibrous materials, as for example: Asbestos, Aramid, fiberglass or other synthetic fibers. There are other possible applications where no fibres at all have been used so far, e.g. reinforcement of aerated cement. As vegetable fibres have a broad variation of quality and physical characteristics, they often can be used for industry only to a limited extent. ECCO gave an answer to this in developing the “ultrasonic break-down” method for this kind of fibre-material. Further refining and finishing a series of different sort of fibres in constantly high quality.

Such fibres with the brand name Setralit® (Setralit - Wikipedia) may be used as process fibres or as reinforcement fibres in many technical processes or as a combination of both. As a result of raw material and refining processes the resulting fibre differs in colour and chemical attributes as well as in physical characteristics from conventionally “retted” natural fibres or fibres which are gained through sole mechanical treatment. Main advantages of “ultrasonic” natural plant fibres are:

The ultrasonic process allows use of nature-fibres and by-products of fibre production (shives, pectin) in many applications which were originally dominated by asbestos, and later by asbestos substitutes like glass or organic man-made fibres. 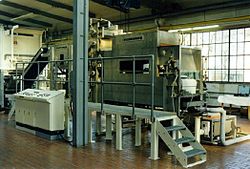 Setralit® - fibres are already being used successfully in the friction lining industry. Some other important market segments are construction and plastics industries, where Setralit® - fibres can be used in a wide spectrum of composites. They also may be used as reinforcing fibres for new basic materials and materials which did not contain fibres so far.  Additional markets can be seen in the chemical industry (for example gaskets, thixotropic and delustering agents) as well as in the paper and textile industries.